Home Marquee Do We Need to Use Herbicides in Canada’s Boreal Forest? 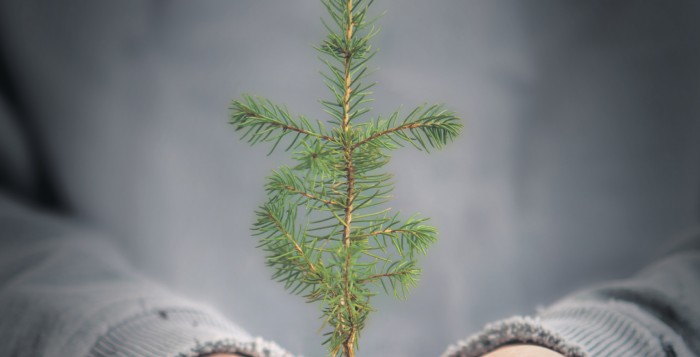 Herbicides are an important tool for regenerating harvested forest areas. Glyphosate is the most commonly used herbicide in Canada, but misconceptions abound. Here, we answer some common questions about glyphosate.

Why do we use glyphosate?

In Canada, 100% of harvested areas must be reforested. Most harvested areas in Ontario and Quebec grow back naturally. Foresters ensure the rest is promptly regenerated – often through non-chemical methods, and where necessary, with the help of herbicides like glyphosate.

As much as possible, foresters aim to regenerate harvested areas with the same species that were present before the harvest. But at the early stage of the  regeneration process, certain plant species, known as “pioneer” species, threaten to overtake the young spruce and pine saplings and hinder their growth in certain areas. Glyphosate is highly effective at controlling these competing species in order to reinstate the proper species cover.

No matter the method of regeneration in a given area, the process is closely monitored and highly regulated to ensure its success[1].

If some areas regenerate without herbicides, are they really necessary?

In areas that need help regenerating, the objective is to regenerate to a specific standard. Different areas see varying amounts of success depending on the method of control used. Mechanical control is often used for shrub vegetation, but is mostly ineffective against herbaceous competition. Many other  methods have been tried, including laying down mulch mats, bringing in grazing livestock and even developing an indigenous fungus as a microbial biocontrol agent. But the fact is, no other method is as cost-effective, efficient or reliable as modern chemical herbicides[2].

And if competing vegetation is not controlled, some areas see reduced or even failed regeneration.

Glyphosate has been mentioned in the news in recent months, and many people are understandably concerned about its effects. However, scientists and regulators maintain that glyphosate poses minimal risk to people and to our environment.

According to the Canadian Forestry Service:

“The potential effects of a herbicide on either humans or any wildlife species depends on the magnitude, duration, frequency and route of exposure. Just as there are levels of alcohol or caffeine that may be consumed without any noticeable or measurable effect, there are levels of exposure for wildlife or humans to herbicides for which we cannot observe or measure a direct or indirect deleterious effect.”

The International Agency for Research on Cancer (IARC) of the World Health Organization (WHO) rated glyphosate as “probably carcinogenic to humans,” the same category (2A) they use to classify sunshine, aloe vera, cell phones, coffee and being a barber.

Health Canada addressed this announcement in their re-evaluation decision published on April 13, 2015:

The WHO’s International Agency for Research on Cancer (IARC) recently assigned a hazard classification for glyphosate as “probably carcinogenic to humans”. It is important to note that a hazard classification is not a health risk assessment. The level of human exposure, which determines the actual risk, was not taken into account by WHO (IARC). Pesticides are registered for use in Canada only if the level of exposure to Canadians does not cause any harmful effects, including cancer.

In its latest re-evaluation of the use of glyphosate-based herbicides, Health Canada concluded that “products containing glyphosate do not present unacceptable risks to human health or the environment when used according to the proposed label directions.”

Resolute will continue to monitor new developments and research regarding the safety of glyphosate.

How does glyphosate work?

The mode of action of glyphosate affects the production of certain amino acids, a metabolic process found only in plants and a few micro-organisms.

In Canada forests, herbicides are usually applied aerially. The areas scheduled for herbicide application average around 200 hectares per day and are typically very remote. Aerial application of these products is not only economical, it is better than sending crews in, which can be disruptive to an area that is regenerating. As for accuracy, technologically advanced systems are used to minimize risks of drift outside of the target areas. Legislative requirements and guidance systems ensure that water bodies next to aerially treated sites are protected by standing timber buffers. In Ontario, Resolute relies exclusively on helicopters, which increases the control over spray areas as compared to fixed wing planes and provides precision when working with smaller areas.

Areas are typically sprayed only once, usually during the first five years postharvest, either prior to or after planting seedlings. Spraying is only conducted where necessary, and only approved herbicides are applied by experienced and qualified experts.

Many different measures are taken to minimize the impact of herbicides, such as:

Studies have demonstrated that toxicologically significant deposits of glyphosate are very unlikely to occur at any distance beyond ~ 30 to 50 meters from target zone boundaries, thus confirming the protective value of the 60 or 120 meter buffers imposed.

How much glyphosate is used in the woodlands managed by Resolute?

In Ontario, about one third of harvested areas are treated with glyphosate – only when natural regeneration is not possible and non-chemical reforestation techniques have not been successful. This amounts to approximately 70,000 hectares each year, or 0.28% of the province’s total productive forestland.

In Quebec, a provincial ban on all chemical herbicide use in forests has been in effect since 2001. Consequences on the ability to maintain proper stocking in coniferous plantations has been reported. A study conducted in 2015 by Quebec’s Chief Forester’s Office showed that in some areas, more than half of replanted areas did not reach required stocking levels after a few years of competition[3].

As opposed to agriculture or urban landscape management where herbicides are used on a regular basis, glyphosate may only need to be used once or twice over the lifetime of a forest stand (only in its early stages).

Why are herbicides banned in Quebec?

Decisions to ban pesticides are not necessarily based solely on science. Bans occur in some jurisdictions and not others even though the same scientific information is available to all. While Quebec has chosen to ban the use of all chemical pesticides in forestry (including for insect control), most other Canadian provinces including Ontario, British Columbia, and New Brunswick use herbicides (particularly glyphosate) to ensure effective and efficient regeneration, which in turn contributes to overall sustainable forest management.

Sustainable forest management means producing forested conditions that support timber and non-timber values for the future. Herbicides are one tool in the forester’s toolbox to achieve this goal.

Sep 13, 2013
0 23642
As a Canadian-based company with a long heritage in the boreal forest, we embrace our responsibility to preserve and renew the natural resources in...